Madrid, 7 april, 2015.- Mark Nottingham, Chair the IETF HTTP Working Group and am a member of the W3C TAG (Usually write here about the Web, protocol design, HTTP, and caching)  announced a few weeks ago: “The IESG has formally approved the HTTP/2 and HPACK specifications, and they’re on their way to the RFC Editor, where they’ll soon be assigned RFC numbers, go through some editorial processes, and be published”.

HTTP/2 is a replacement for how HTTP is expressed “on the wire.” It is not a ground-up rewrite of the protocol; HTTP methods, status codes and semantics are the same, and it should be possible to use the same APIs as HTTP/1.x (possibly with some small additions) to represent the protocol.

The focus of the protocol is on performance; specifically, end-user perceived latency, network and server resource usage. One major goal is to allow the use of a single connection from browsers to a Web site.

The basis of the work was SPDY, but HTTP/2 has evolved to take the community’s input into account, incorporating several improvements in the process.

See our charter for more details of the scope of the work, as well as our Frequently Asked Questions.

HTTP/2 is nearly done standardization; it has been approved by the IESG, and is in the RFC Editor’s publication queue.

HTTP/2 is comprised of two specifications:

We track known implementations of HTTP/2 on our wiki.

Advantages of the new web protocol

According to the web portal hypertextual, the advantages of HTTP 2 are the following:

By the way, Wikipedia, in its definition of HTTP2, provides the following links to document this new reality:

One thought on “What advantages will HTTP / 2, a major revision of the Web’s protocol?” 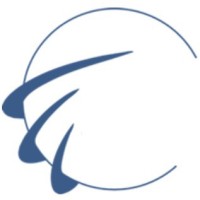